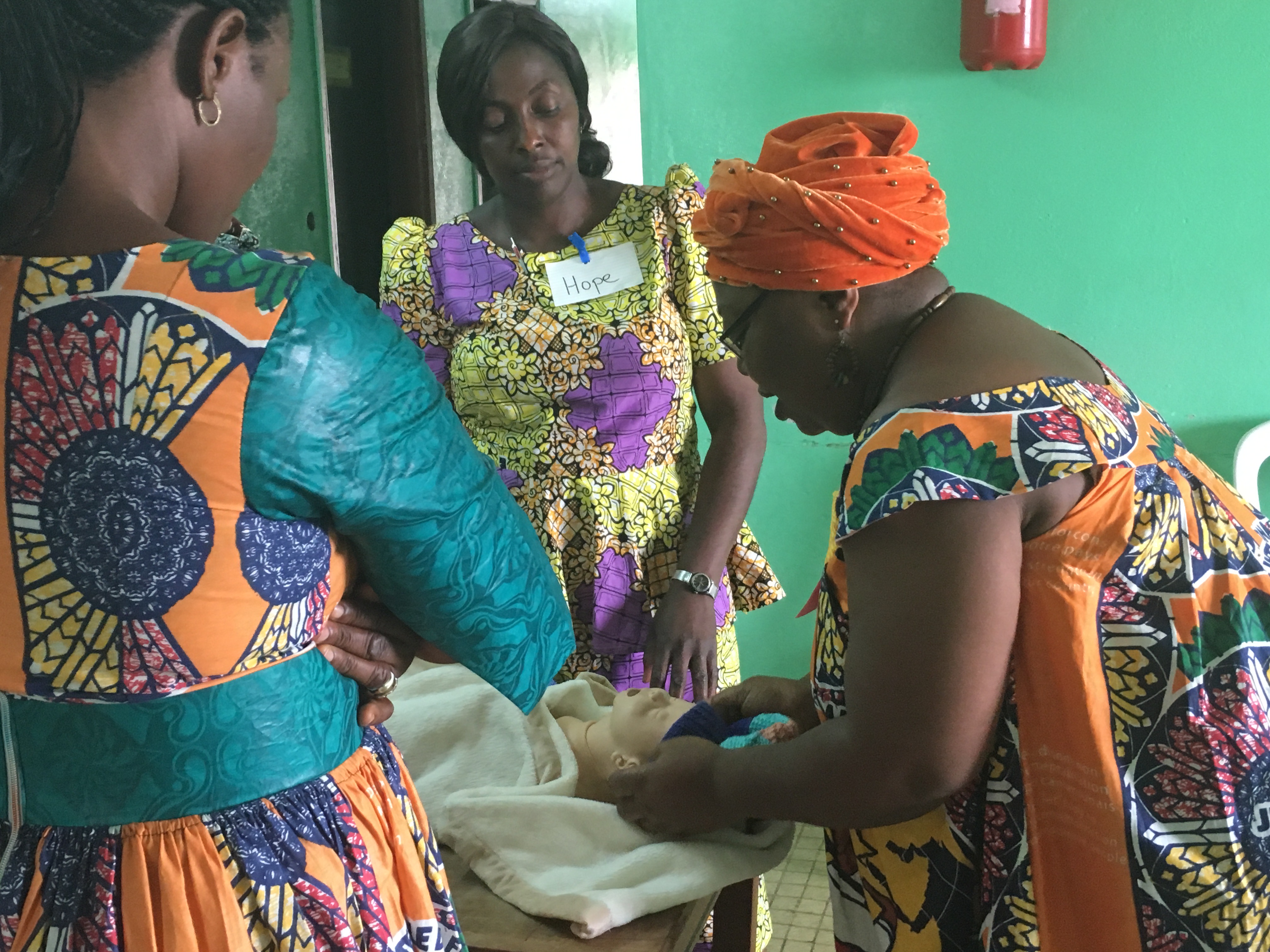 *25 babies per 1,000 live births die in their first month of life. This is ten times the neonatal mortality rates of high income countries.

We hope to bring this rate down by teaching the Neonatal Care Course to local midwives, nurses and doctors and by training local instructors to continue this work in the future.

The Newborn Care Course was put together by two UK charities, the Advanced Life Support Group and MCAI (Maternal and Childhealth Advocacy International) and then further honed by the instructors with input from learners’ feedback.

The learners are used to lectures and also speak up freely in small group workshops, giving us as instructors an invaluable glimpse into their working lives.  Scenario teaching and the skills stations are new to them as teaching methods, and were a little intimidating to some initially.

One candidate wrote I panic a little because was under supervision. People were around me to see my errors.

However, they learnt to help each other and feedback from the courses has shown that the learners now feel more confident in their knowledge of newborn care.

To date, around 200 midwives and nurses from a variety of different hospital and community settings, some government and some faith based, have completed the formal Neonatal Care Course in Cameroon and around 70 in Liberia.  In addition we have been able to give some impromptu training to 70 nursing and midwifery students and also to medical students.

The courses are taught in English in the North West and South West regions of Cameroon (which are Anglophone) and currently in the capital, Yaounde, because of sociopolitical unrest in the country.  Some of the candidates In Cameroon have been French speakers and have been helped by one of our instructors who can also teach in French.

NICHE also has projects in Liberia and Uganda.